by Earl Ray Brewster
in Journal 3 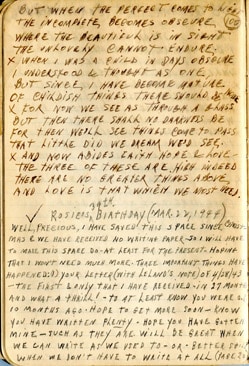 Well, precious, I have saved this space since Christmas & we have received no writing paper – so I will have to make this space do – at least for the present – hoping that I won’t need much more.  Three important things have happened: