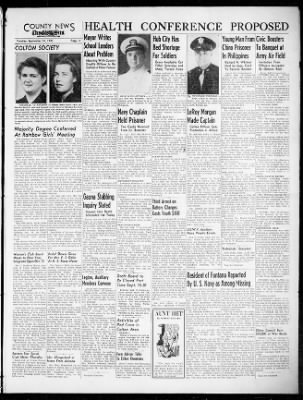 METHODIST MINISTER Lieutenant Brewster is a Methodist minister and was serving a pastorate at Santa Paula when he enlisted in the Navy as a chaplain about two years ago. He formerly was attached to the U. S. S. Holland. The officer was ill in a hospital at Manila when the Japanese attacked the Philippines and his ship had to leave him behind. The two cards from Lieutenant Brewster are contradictory. His wife wrote her brother-in-law that “there are no dates, but I am quoting them in the order which the context seems to indicate.”

The officer’s family had received no word from him more than a year.